THANK YOU for this amazing X-Mas gift. With your help we raised 315,05 € for @SAYesMentoring That is pretty awesome !🖒 @Friendsofsayes

As every time : THANK YOU for this amazing X-Mas gift. With your help we raised 688,81 € for @SAYesMentoring That is pretty awesome !🖒 @Friendsofsayes

HaPpY BirThDaY to the awesome Gillian Anderson - together with Friends of SAYes, Germany we have raised a fantastic amount of 940,74 € to support SAYes !
Thank you to all donators - you are great !
The winner of our little raffle will be announced later !

We will see our most amazing FBI Assistant Director Walter Skinner on the newest X-Files episode next week. That´s a good reason to start a little fundraiser to support "No kid hungry" and to honor Mitch Pileggi´s great job !

Check out our current effort to support NO KID HUNGRY

We are super proud to announce the final amount raised from this years X-Mas fundraiser.
2000 € will support SAYes to train and support volunteers to mentor vulnerable young people. This is really awesome and we want to thank everyone who donated things to auction off and everyone who placed a bid up on ebay. Without you it would not have been possible. We are wishing all of you Happy Holidays and a Happy New Year !
BTW >>> 29 days to go

That´s the reason why we love ehat we do

and the winner is :

Congrats Pavel - the winner of our fundraiser ! Thanks to everyone else who joined our fundraiser to support SAYes - thank you Friends of SAYes Germany , thank you Kathy, thank you Maggie, thank you Sandra - thank you to all the beautiful donators from around the world and who helped to spread the word , for all the retweets and shout outs ! We will publish the final result in the next few days.

You are happy about the new X-Files season ?


You want to be part of this season?


This is your chance !


Join the new fundraiser from Friends of SAYes Germany & X-Philanthropy.


One of you has the opportunity to name a character in the upcoming season.


How can you participate ?


1. Donate 10 Euros and you will have one raffle ticket in our lottery. For any additional raffle tickets, donate another 5 Euros extra. This increases your chance to win.

2. Keep your fingers crossed and watch us announcing the winner between July 1th and 5th.

The raised money will be donated to SAYes.

Please note:
We can't give you any information about the character, because we don't know how or where or when it will be used. The producer said, in all likelihood it will be a minor character. It could be anything from a victim to an officer or anything else. We just don’t know yet. Most likely we can tell you after filming is done in which episode your name will take part.
The winner should give at least 3-5 names, knowing that only one will be used, but if none of them pass Fox legal the winner have to come up with more options. The names should be male and female and should have name and surename.
Please note also that you may not use a name of a celebrity or other well known characters or personalities such as criminals or convicts. Be creative and create your own name.

Words (names) that don't meet our requirements will be eliminated.

We couldn't have done it without your help !
The donations will support Childreach International and SAYes
We wish everyone happy holidays and a happy new year 2017 !

Thank you very much to all the awesome supporters and donators ! You guys rock ! 600 € for SAYes ! Special thanks Friends of SAYes, Germany

HAPPY BIRTHDAY David Duchovny ! A huge THANK YOU to all the awesome supporters and donators out there ! $ 510 for Target Zero #DavidDuchovnyBirthdayFundraiser artwork by kizuna lee (thx <3 )

We will have a little fundraiser during David Duchovnys

Thank you @all donators !

And don´t forget to

How exciting would it be to be part of the new X-Files series !?  Well here is your chance !  We have a new fundraiser which gives you the opportunity to live the dream!  If you would love to be a part of this unique opportunity  then all we require from you is a photo of yourself and a minimum donation of 30 Euros or 50 Euros (We have two options) which will benefit Gillian Andersons charity SA-YES.  Your photo will be added to a mosaic collage which will be displayed in one episode of the new X- Files series like in Mulders office or something like that. If this is something that you would love to be a part of, here are the details:

We have two options:

Send one picture to us and give a minimum donation of 30 Euros.

Send two pictures to us and give a minimum donation of 50 Euros.

ALL DONATIONS ARE GOING TO SA-YES !

Chris Carter confirmed it and he is very happy that X-Philanthropy and Friends of SA-YES Germany are doing this great fundraiser. He wrote that to us: "It's a dream come true that something you create goes on to create its own goodness and infects people with a spirit of generosity.”

!!!! AMAZING NEWS !!!! Hello everybody ! This year we have a X-Mas gift for Sa-Yes. Our Christmas fundraiser was so successful that the team from Sa-Yes is able to give two more teenagers space in the mentoring programme . We reached a donation of 1.100 € . Merry Christmas and a HUGE THANK you @ all donators, supporters , Sabine and Vanessa from Friends of SA-YES, Germany and Gillian !

The time has come. Days are getting shorter, temperatures are going down and we are proud to present that we will start our X-MAS fundraiser. We have amazing stuff for a few rounds and we are getting big support from our friends of Friends of SA-YES, Germany .This time we are auction the items through their e-bay account. Round one is a spooky one and will start on Halloween. Speacial thanks to Natice - she donated the items and Sandra who created the new banner ! STAY TUNED !

300 € for SA-YES in honor of Gillian Anderson birthday ! 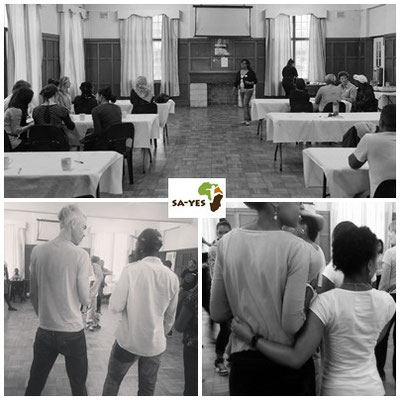 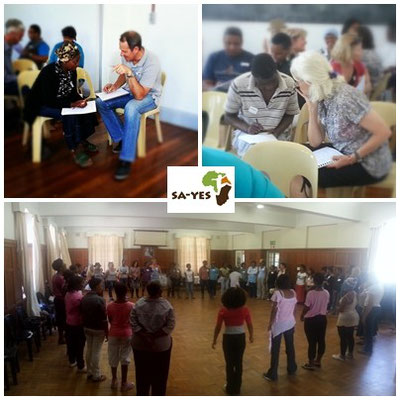 Now we can let you know how much money we reached with your help together with heART during the Scullys Birthday fundraiser. An increadible amount came together to help Sa-Yes.

We want to THANK our partner from heART, all the amazing artists all donators, Sabine and her team from Friends of Sa-Yes Germany e.V. , the Umckaloabo Stiftung who doubled our amount, Gillian Anderson ,Lucy, Dean Haglund, Frank Spotnitz and WB Davis for the autographs and the really cool XF stuff, Natice, Julie and XFilesNews !

FOR THE YOUTH MENTORING PROGRAMME
from SA-YES

We just want to let you know that we reached a final amount of 826,88 € for Sa-Yes Friends of SA-YES, Germany A big THANK YOU to all donators !!!
*hohoho*

Finished ALL THINGS MARATHON 2013 hosted by IBG Inc. and we are proud to announce our donation of 600 € to support Sa-Yes !

AND A BIG THANK YOU TO ALL SUPPORTERS TO REACH THAT GREAT AMMOUNT !!!!! 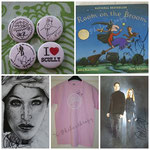 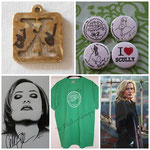 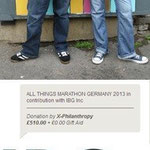 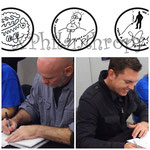 X-Philanthropy is proud to announce that we have raised the most money of this years All Things Marathon to support ANSA ! Thank you to everyone who was involved. The result of all marathons is undisclosed.

We are very proud to announce that we can donate 305 Euros to NF Germany! Thank you to everybody who helped us and made this happen!

So proud ! X-Philanthropy and Gillian Anderson are mentioned on the NF Summer Camp 2012 T-Shirts !

His name is Kgotso and he got our donation which we collect for Buskaid with out christmas charity 2010. This picture was taken while they were performing at the Opera House in Damascus, Syria where the Ensemble went on tour in July 2010.

Now we are proud to announce that we got 165 Euros to donate to Buskaid. Thanks to everyone who joined the fundraiser.

Hi everyone – as we mentioned before, we collected again for Alyniikira Jr. School.
We already collected 200 Euro for a donation * yay*

And as Fee met Godfrey last month, she gave him a little package for the pupils of the school...
Here are some of the pictures, Godfrey made, when the kids opened the package....

You donated money for Buskaid and you want to know for what the money will used for? We recieved some e-mails from Rosemary Nalden, hwo was really surprised about that big donation. She wrote a message to all of you to say thank you and give you a little information about a really sweet child, who will get the money:

One of the great rewards of being involved in Buskaid is that I get to ‘meet’ so many wonderful people from all around the world and that there are so many positive responses to our young musicians. It was a complete surprise to learn about your generous collection and we all want to thank you all very much indeed. I’ve suggested that your money goes towards helping a very sweet little kid who doesn’t have parents and who started coming to Buskaid in the middle of last year. His name is Kgotso, he is eight years old and we think he is talented. Buskaid will be a real home for him and give him many opportunities he won’t otherwise get in the township. So thank you all again – and our very warm wishes to everyone!

As you see, with just a simple Euro you can help kids like Kgotso.

Thank you again for helping Buskaid.

Our first charity in 2008 for the Alinyiikira Junior School

Ho Ho Ho!
We reached a total amount of 300 Euros !
Thanks to everyone who joined our charity and helped the Soweto String Project!

Have yourself a merry little christmas...